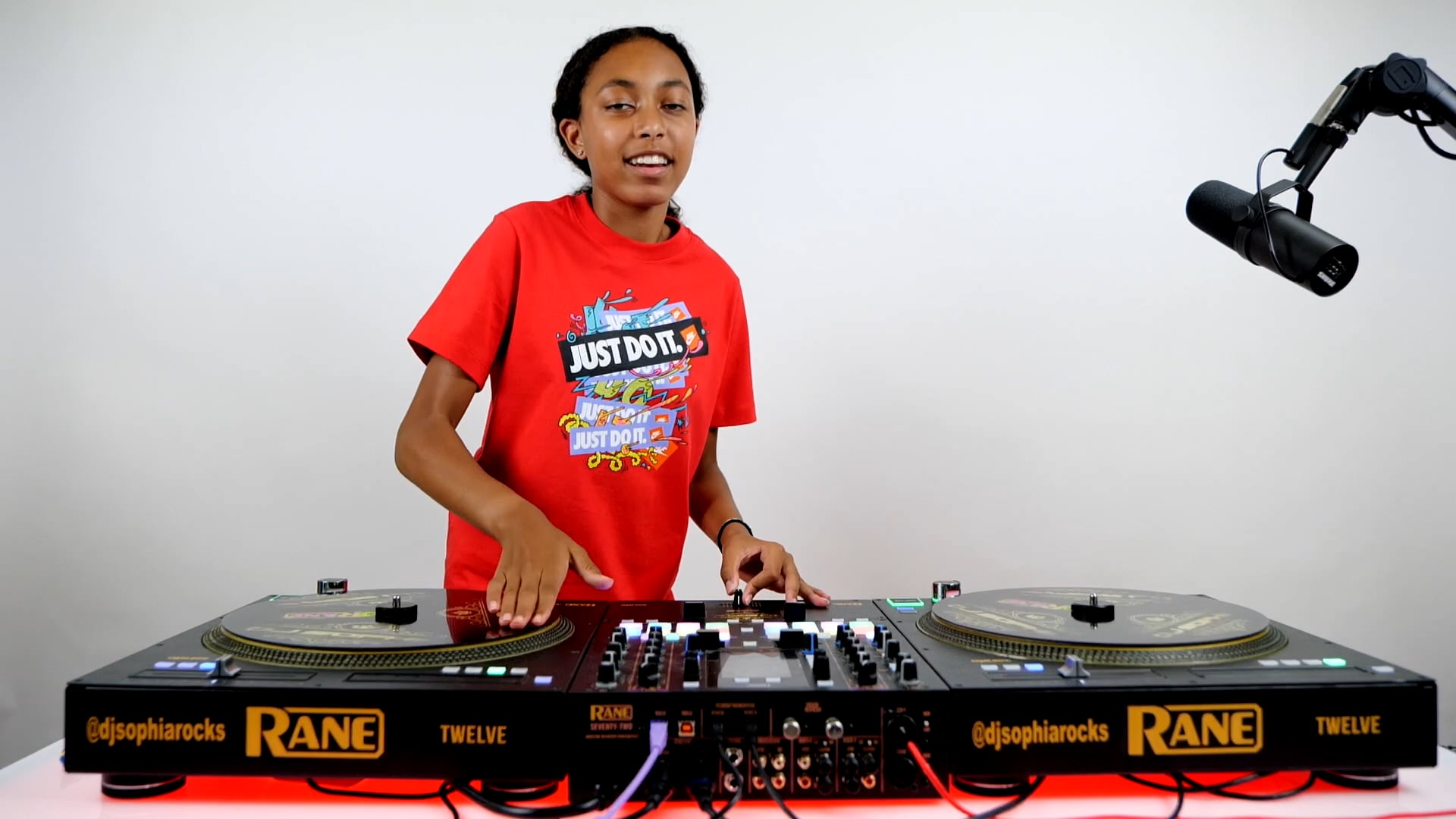 Who is DJ Sophia?

Dj Sophia Rocks is fourteen years old and started to show an interest in learning to DJ at the age of two. She started performing professionally by the time she was six. Her motivation is to do what she loves and make people smile in the process. Due to her incredible work ethic, Sophia has honed her skills and has become a force to be reckoned with. Dj Sophia is the next generation to inspire people of all ages worldwide. She is a certified party rocker who plays all genres of music and represents female DJs.

DJ Sophia has played alongside or opened up for Erykah Badu, The Lost Boyz, DJ Aktive, D-Nice, Kid Capri, DJ Jazzy Jeff, DJ Suss One. She is part of the Wild Tight Collective, which includes Erykah Badu. Sophia has also proudly worked with the Black Girls Rock organization led by Beverly Bonds. Sophia is the youngest Dj to ever mix on Sway in the Morning and Rock the Bells Radio on SiriusXm, Sophia is a true innovator in her field. In addition to her work with Dove and The Crown Act as a part of their virtual, online event to promote the passage of federal legislation known as the Crown Act. Sophia was recognized at the first annual Crown Act awards, honoring exceptional black women who have made a profound impact on their community, and was the official Dj at the event's after-party. Stay connected with DJ Sophia on social media to see where this DJ music journey takes her next!

Sophia is currently a Rane DJ artist. She is also a brand ambassador and Dj for the Rap Snacks organization.

Check out all of my dj music videos here and on YouTube whenever you want.

Thank You for your Support!

We love our followers, so feel free to leave us any feedback.